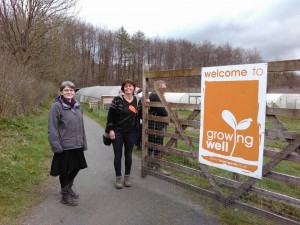 Last week I joined spud club members from the Claver Hill Community Food  project on a visit to Growing Well and Low Sizergh Barn. The trip was  organised by  Claver Hill for learning purposes; to learn from Growing Well’s  growing practices  and methods of integrating different community groups  within its work. You can  see photos from the trip by visiting the ‘Growing Our  Local Food Economy – GOLFE  Lancaster’ Facebook page. Otherwise you will  have to make-do with this column!

The entrance to the Growing Well site was marked by a colourful WELCOME sign and a line of espalier apple trees. An open field on the right and a field of garlic and onions on the left accompanied a path toward a series of yurts and polytunnels. Yurts were used for teaching and socialising and were heated by wood burners. The polytunnels were used for growing a variety of herbs, vegetables and some fruit. An outdoor space was also managed on a crop rotation basis to grow vegetables, and plans were in place to visually divide the outdoor growing area in four using fruit bushes such as gooseberries. 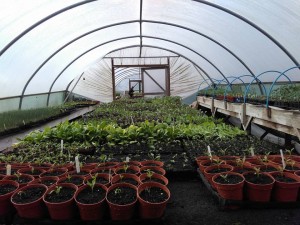 One polytunnel was used for propagation – for sowing seeds and raising young plants for  the growing season ahead. Another was dedicated to the growing of various salads- a  crucial crop for many growers due its high commercial value. The remaining polytunnels  were dedicated to the growing of vegetables, which were managed on a crop rotation basis  to reduce the risk of pests and diseases. On the day of our visit we got to admire flowering  broad beans, peas, rocket and winter purslane, amongst other salads.

A couple of bee hives were located on the edge of the six acre site, and bug houses were  dotted throughout the polytunnels to attract beneficial insects. Flowers such as tagetes  were planted at the entrances of pollytunnels to attract pollinators inside. 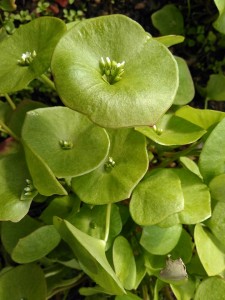 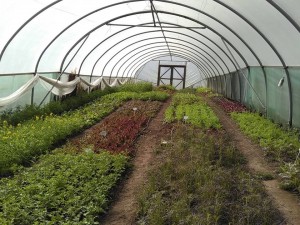 Harvested fruit and vegetables were provided as a crop  share to Growing Well’s members. During the main  growing season, fromapproximately June to December,  members were said to receive a diverse and seasonal veg  bag every week.

From December onwards, as the availability of local  vegetables decreased, members receive a veg bag every  other week and then once a month until the growing  season starts again. Veg bags worked out on average at £9 each, and consisted of Growing Well’s produce only. No produce was bought in to fill the ‘hungry gap,’ and members collected their veg bags from the Growing Well site.