Come for the cycling, stay for the food 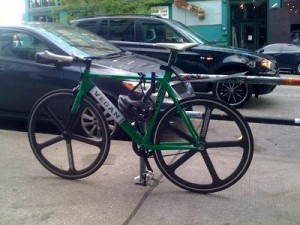 The next vegan feast in being held on Friday the 29th July at the Friends Meeting House on  Meeting House Lane. We aim to start eating at 7pm. However, we will be meeting in Dalton  Square beforehand, at 6pm, for a Critical Mass cycle ride which will end at the Meeting    House.

What is a Vegan Feast?

Vegan feasts are family-friendly socials, where everyone brings a vegan dish, snack or drink to share. Some people cook and some people bring vegan food bought from local shops. There’s normally music, it’s an alcohol free event, and it usually finishes by 9.

Critical mass events are political cycle rides that happen in cities across the globe on the last Friday of every month. Cyclists lead a cycle-carnival, blocking and slowing traffic to raise awareness of the needs of cyclists and pedestrians. In Lancaster this happens around the one way system. The ride is slow, and celebrates the bike and its use as a healthy, feel good, low carbon way of getting around.

In December 2016 the UK government, in addition to other EU countries, agreed to reduce its greenhouse gas emissions by at least 40% by 2030 (compared to 1990), with the aim of limiting the earth’s warming to 2oC (ideally 1.5oC). And yet, the UK has yet to ratify the Paris treaty, and there is no sign that the government has made significant changes to help achieve these targets. In fact, it has done quite the opposite!

As individuals we must start working towards these targets by choosing lower carbon alternatives- such as choosing to reduce our meat intake and using a bicycle wherever possible.

The average UK person’s diet produces approximately 8.8 kg of carbon dioxide equivalents per person per day. If we were to cut out all meat from our diets, this could result in at least a 35% reduction in greenhouse gas emissions. And by eating 50% less meat and by reducing food waste and packaging by 50%, we could reduce greenhouse gas emissions by24%.