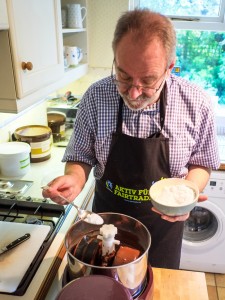 The FIG Tree is the world’s first International Fair Trade Centre,  founded in the world’s first Fair Trade Town, Garstang. Now based  at Lancaster Priory, The FIG Tree was awarded a grant of £52,500  from the Heritage Lottery Fund in 2015 to explore Lancaster’s role  in the slave trade during the 18th century, as well as the area’s  involvement in promoting fair trade today. To celebrate the end of  the project, an exciting weekend of events will take place on 25th   and 26th March 2017, commemorating 210 years since the act was  passed to abolish the British Transatlantic slave trade.

As part of the ‘210 Abolition – Lancaster slave trade port to  Fairtrade City’ several events will take place in Lancaster  including a Regency Banquet and Ball at the Borough; a lecture and chocolate making workshops at The Priory; Quaker worship and a slave trade / Fair Trade Debate at the Friends Meeting House. Full details of upcoming events can be found below.

In addition to the ‘210 Abolition’ weekend, a walk from Pooley Bridge to Grasmere will take place on Saturday 15th April as part of The International Festival Of Fair Trade Walks. This branch of the Fair Trade Way from Garstang to Keswick will retrace the steps of poet William Wordsworth returning to his home at Dove Cottage after visiting his friend and fellow abolitionist Thomas Clarkson at Eusemere Lodge. It will pass by the site that inspired Wordsworth’s most famous work ‘I Wandered Lonely as a Cloud’ exactly 215 years after Wordsworth came across the “long belt” of daffodils with his sister Dorothy.

The Priory shop now sells FIG Tree Fair Trade gifts and their fabulous bean to bar chocolate alongside the usual Priory gifts. The FIG Tree at The Priory is open from 10am to 3pm most Saturdays serving Fair Trade drinks and selling Bean to Bar chocolate available in six flavours; Milk, Milk & Orange, Dark, Dark & Mint, Almond Milk and Soya. Special cinnamon and orange chocolate is also sold exclusively at The Priory.

FIG Tree chocolate is home made from bean to bar in Garstang, the world’s first Fair Trade Town, using fair trade ingredients where possible and beans purchased directly from the farmer in New Koforidua, Ghana – the first Fair Trade Town in Africa. It is available to buy at The Priory and Single Step Wholefoods, Penny Street, Lancaster.

From now until Friday 31st March

Further information on The Fair Trade Way can be found at fairtradeway.org.uk or on The International Festival Of Fair Trade Walks website.