Mayor made sure banquet had a strong local flavour

What else is the council doing regarding local and sustainable food? 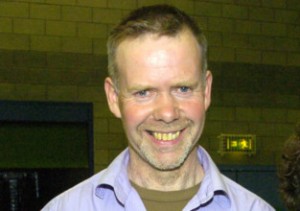 We asked Jon Barry, the current Mayor of Lancaster,  how he has  used his position as Mayor to ensure that  ‘more local’ food filled  the dinner plates of the 2015  Mayoral banquet.

He said: “At the beginning of 2015 I knew that if I was  re-elected to  the City Council in May then I would be the  first Green Mayor in  Lancaster. Given that my ward  boundaries had changed and that the local and general elections coincided, I was not at all certain of success. Nevertheless, I had to come up with a menu for my mayoral nosh-up.”

“These affairs are generally quite formal with ‘meat and two veg’ being the standard fare. I thought about going strictly vegetarian or strictly organic but, in the end, I decided not to rock the boat too much. So I went for a local food theme with one fish and one vegetarian main course and asked several caterers to come up with a menu on this basis.”

“We ended up choosing Newfields. They claimed to “source all our foodstuffs locally using local suppliers wherever possible”.”

“We started off with a vegetable soup and roll. Then the main course was either Lune salmon with Morecambe Bay shrimps or a Mediterranean tartelette. Pudding was Cartmel sticky toffee pudding or local cheeses. Then coffee was accompanied by some Grasmere gingerbread.”

“Studying their menu in hindsight, local food was definitely a strong theme but I suspect that a few non-local vegetables and fruits (Lancashire grapes?) slipped under the radar. There are clearly some common dilemmas in this menu as to what constitutes ‘local’. For example, I’m sure that the gingerbread was made locally but I suspect that the ginger was grown somewhere hotter!”

“Anyway, the food was very much enjoyed and there was certainly a very strong localness to it. If I’m ever mayor again, I promise to do better next time!”

How can you find more local food?