Shopping local with a family in mind 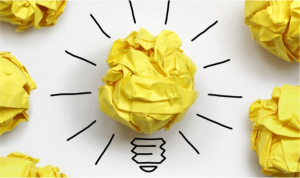 ame.  Each day contestants were  given a variety of sustainability-  themed challenges, one of which  was to do all weekly shopping with  local merchants.  Kathy Barton  took part in this local  food  challenge and describes her  experience in this week’s column.

My teenage son has specific requirements when it comes to meals.  Many of these “necessary” items are processed foods made by well known producers and found only in supermarkets.  This was going to be a challenge indeed!

In Lancaster we are lucky to have a local whole food shop, Single Step. This was therefore my first stop naturally.  I chose a cereal lacking in sugar and chocolate and wondered if my husband and I would be eating this next week if our son refused to join in the spirit of the game.  How had he become so addicted to these new fangled cereals?

Next on the list were veggie sausages.  I found a good selection but each one had to be eliminated as my son doesn’t like cheese or mushrooms or one of the other vital ingredients.  I finally found a suitable sausage and took it home.  Alas it was left for my husband and I to polish off the following week. It did not meet my son’s standards.

I made a bottle of homemade tomato ketchup  and offered it to my son to go with his potato wedges.  He sniffed it and pronounced it did smell like tomato ketchup, but it just wasn’t red enough.  Not worth trying, he would do without.

I turned to acceptable “sugar drinks”.  It was quickly made clear that these substitutions just weren’t up to scratch!  To add insult to injury, I produced homemade mint chocolate chip ice cream (his favourite) using fresh mint leaves from the garden rather than store bought mint flavouring. Once again, it just didn’t taste quite right for him!

My son recovered from his week of deprivation, and I won a lovely hamper of organic veg for my valiant endeavours.  Now he has gone off to university, so I am free to shop wherever I like!

Kathy’s experience describes one specific barrier to buying local food- a child’s fussiness. Are there any more barriers that you have experienced? Why not fill out a quick online survey about your buying habits and experiences by using the following link: s.coop/1v0el.