For the past year there have been a few people talking about establishing community fridges in Lancaster and Morecambe in an attempt to tackle food waste and support those living in food poverty. I am excited to say that Lancaster University has now launched a community fridge. This project offers a great opportunity to learn from the project and potentially replicate it around the area. Joe Bourne, Student Engagement Manager at Lancaster University, writes more about this latest food initiative in this week’s column. 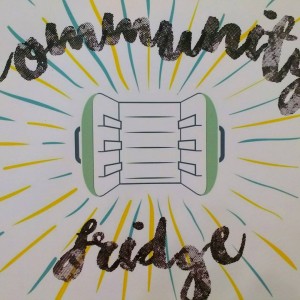 “Students at Lancaster University Students’ Union are helping to tackle food waste with an innovative ‘Community Fridge’ – the first university project of its kind in the country. The fridge has been installed in Bowland College and can be used by anyone who wishes to donate food that would otherwise go to waste. Food can be claimed by anyone who wants to make use of it.”

“Bowland students Sam Allan, Duncan Chapman, Chris Brown, Sam Western and Xeina Aveyard proposed the project, based on a similar scheme in Chris’s home town of Frome, as their entry in last term’s College Sustainability Challenge, in which they were runners’-up.”

Sam Allan said: “We are very proud to have launched the first community fridge at a UK university, and to contribute to sustainability at Lancaster. Hopefully the fridge will be the catalyst for further student led food waste action projects here at Lancaster. We are immensely grateful to all contributors”.

“A team of student volunteers will check the quality of donations and keep the fridge clean and tidy. Donated food must be in the same condition it was bought in – i.e. open packaging or home-cooked meals cannot be accepted. Early contributions have included cakes from University Catering, sandwiches from the Union’s convenience store and pies from Bowland College Bar.”

“Students and staff celebrated the launch of the project at a reception catered by You Can Flourish – a Morecambe social enterprise specialising in claiming and using food that would otherwise go to landfill.”

“If the Bowland College pilot is successful the project may be spread to other sites on campus.”

“In addition, College Sustainability Challenge winners Lonsdale and Cartmel College proposed introducing beehives to campus. The Green Lancaster team is currently working with the students to find a suitable site for them but expect to see hives introduced to campus in the next year.”