From bean to chocolate bar

Nearly everyone loves chocolate. So much so that a typical western adult eats their own body weight in chocolate every 10 years!  But how many of us have the foggiest idea where it comes from and how it is made?  Emily Heath found out at a ‘Bean To Bar’ workshop at The Fig Tree Café and Fair Trade Visitor Center (based in St John’s Church on North Road). 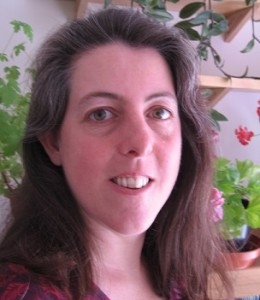 “We started with a sack of dried and fermented cocoa beans, grown by a  Ghanaian farmer called Kwasi Opuku. Sadly Kwasi died recently, but as  members of a Fair Trade Cooperative which produces Divine Chocolate, his  family are relatively well provided for, in contrast to cocoa farmers in many  other parts of the world.

Cocoa beans come from the rugby-ball shaped seed pods of the cacao tree,  which originated in Central or South America but is now grown commercially  in parts of Africa and other tropical regions.

After roasting the beans in an oven for a few minutes, we peeled the hard shells  off the warm beans; a fiddly process which took a long time. The cocoa was  then ground to a thick paste in an electric spice grinder, gradually melting as the grinder got hotter. Only two other ingredients were added to make a lovely rich dark chocolate: cocoa butter and icing sugar – all fairly traded of course. The melted chocolate was poured into moulds and cooled in the fridge until it set hard.

Commercial chocolate makers will grind the beans for many hours or even days to make the chocolate as smooth as a conch shell. We only ground ours for about twenty minutes, so the resulting chocolate was slightly grainy but just as delicious. It made me wonder what the carbon footprint of a bar of very smooth chocolate must be, if it takes several days and lots of energy to grind it.

The Fig Tree offers ‘Bean To Bar’ workshops to schools, community groups and anyone else who wants to learn about chocolate and Fair Trade. Contact brucecrowther300@gmail.com for more information.

It’s a great way to feel more connected to the people and places that produce food that we love, and to feel good about eating chocolate! Realising how much time and effort is involved in producing a bar of chocolate makes you value it even more. Fair Trade chocolate is a little more expensive than ‘unfair chocolate’, but a bigger proportion of the cost goes direct to the cocoa farmers.  Look for the Fair Trade symbol next time you get a chocolate craving.”