Michael Hallam provides us with an update on the local food loop game. 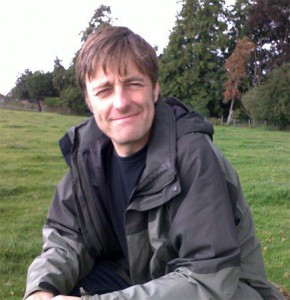 I have finally managed to process all the receipts received  by food loop game players up until the end of July, which  marks two years into this innovative project. I think the  results are impressive. The 318 receipts I have just  processed (collected from April-June 2017) have  collectively added £11,000 to the Lancaster food  economy.

Over two years the game’s players have together  evidenced a direct spend of £26,000 which has  generated a further £41,000 for the local food economy.  This is because many of the food and drink businesses  players have spent their money with, have re-spent their  money with other local food and drink suppliers, and they with other local suppliers. This has resulted in a total input of approximately £67,000.

Put simply, for every one pound spent by a player, it has gone on to generate a further £1.55 worth of local turnover. I think all food loop game players should be very proud of themselves.

In comparison, the typical amount spent by supermarkets with local suppliers is 5% of their turnover. This means that, if the Food Loop Players had spent their £26,000 on supermarket groceries it would only have put back £1,300 into the local food supply chain (instead of the £41,000 it did add by spending directly with local food businesses).

Supply chains tend to be fairly linear, so most of the money loops will be formed when wager or personal drawings are recorded in the system, and some of the players start to see their money return to them. We need to involve a wider range of businesses and collect a lot more data to start evidencing these loops.

The Food Loop Game has therefore led to the development of the Money Loop Game which is run via the Local Loop digital platform and the user mobile app that goes with it. There is also a separate portal for food businesses that will be able to see the direct benefits to their own businesses from the relevant aggregate data generated.

The mobile app, which will enable larger data collection, is currently being tested by some of the game’s player. Once ready, the Money Loop Game will be able to recruit more players and will start evidencing the benefits of keeping money circulating locally.