Working in a heat wave

Robin Eyre from Fork to Fork (a volunteer-led project for people with learning difficulties), talks about the plant lives saved during the heat wave… 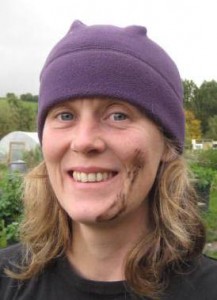 As temperatures rise Fork to Fork volunteers  have been working at a much slower pace;  slowly developing our 2 acre forest garden at  the Lancaster Leisure Park.  While we have  enjoyed summer BBQs relaxing next to our  pond, or under the cool shade of our trees, our  plants have been suffering.

Fork to Fork believes in taking only its fair  share of resources. This means that we harvest  our own rainwater from our small but perfectly  formed shelter.  (We have been using  traditional water butts to collect water from the down-pipe guttering off of our shelter.)

Last week however, Lancaster Brewery kindly donated a huge IBC tank (those 10,000 litre square white tanks you see around).  We gleefully set to work hooking it up.  We knew the weather forecasters had promised a really good evening down pour. “Torrential” they said. So we had to get our new tank hooked up that day. (The water levels were getting critically low and we needed that water!)

During the previous month we had prepared for the dry spell. All potted plants were put into the ground (there were many!)  Some of our plants (which were vulnerable due to their size or because they were newly germinated), had to stay in pots and so we eked out the water reserves to keep them going.  We also used a number of other water saving techniques. We used drip trays, half buried pots in moist soil, placed pots in the shade and used water-retentive mulch (spent hops from the Brewery).  It all helped and the plants were OK….but then came the heat wave.

Caught unawares a new plant delivery got the full sunshine blast.  We raced to the site and found the plants gasping (I swear you could almost hear them); their proud and glossy leaves dulled and sadly wilted.  We were down to the last quarter barrel of water and there were just too many plants!

Who should we save?

Sweat was pouring down our backs and dark looks were exchanged. Then the gardener’s decision was made…We lined up what we could and poured the precious water onto the best and most saveable plants. But sadly some were too far gone 🙁

Roll on the thunderstorm they promised us this week! 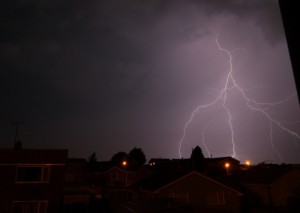