Who picked your tea?

Although not locally grown, tea remains a hugely popular drink in the UK, with 165 million cups drunk every day. But who picks our tea? What do the growers and pickers of our tea go through to provide us with a daily brew? Last week I attended Traidcraft’s ‘Who Picked My Tea’ event in Manchester to find out.

The International Development charity Traidcraft organised a national tea tour with pickers and campaigners from Assam to expose the reality of tea estates in Assam, India, with the aim of putting pressure on UK tea brands to publish a full list of tea estates they buy from.

Tom Sharman from Traidcraft’s campaign team opened the evening by introducing the findings from an undercover investigation on Assam tea estates. ‘Evidence of low wages and appalling conditions for the women who pick tea’ was found.

‘Owners of tea estates have a legal duty to provide ‘in kind’ benefits to their workforce including housing, schools and health facilities under Indian law, as well as a cash wage. But the Traidcraft Exchange investigation found that tea workers are paid below the…Indian minimum wage levels and that housing, sanitation, and health facilities are poor while food rations are insufficient’.

Stephen and Sangita from Pajhra then expanded on the investigation’s results, describing how tea pickers are classed as ‘unskilled’ workers under Assam’s minimum wage act and are therefore considered ‘unwaged’ and paid less than the minimum wage. This results in families becoming trapped on the tea estates generation after generation as they can’t afford to leave, access their own land or send their children to school.

They described how tea estate owners do not tell tea pickers where their tea goes, making it hard for workers to challenge pay and working conditions. They are therefore asking for support from the international community of tea drinkers to put pressure on tea brands to publish details on where their tea is picked. They consider increased transparency to be the first step in supporting workers in tracing their tea to make demands on tea estate owners for better pay.

The ‘Big 6’ UK brands – PG Tips, Twinings, Tetley, Yorkshire, Typhoo, and Clipper – together comprise about 70% of the UK tea market with annual sales of around £500 million. As a result of the campaign, Tetley, Twinings, Yorkshire Tea and Clipper have now disclosed where they source from but PG Tips and Typhoo have not.

Visit Traidcraft’s website to write to these brands – demanding that they start addressing poverty wages throughout their supply chain and publish a list of the tea estates they source from. 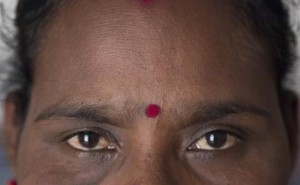