Rebecca Wilmott writes about the history of Scotch Quarry Community Garden and its role in growing community and food in Lancaster. 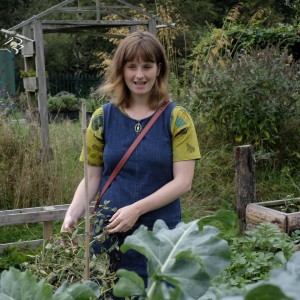 A community garden was first established in Scotch Quarry park by Transition City Lancaster’s Food Group in 2011. Having established the foundations for the project (including the design and construction of raised beds and a forest garden on top of concrete), Scotch Quarry Community Garden was established as an independent project in 2015 – after Transition City Lancaster encouraged local residents to take ownership of the project.

It has since developed and scaled out to become a strong example of communal food growing in Lancaster. It runs monthly gardening sessions in the winter, and bi-monthly sessions in the summer. It also runs a range of courses and seasonal workshops for local residents alongside workdays.

As the garden is placed in an area of 1,000 terraced houses with no gardens, it provides an important outlet for local residents to engage with nature, learn about how to grow local food and exercise.

Through focusing on local community food growing in a formerly neglected urban park, the garden has transformed the area to provide access to good quality local, pesticide free food, and a supportive community around it.

Due to limited funds the council has passed a large proportion of the park to the project’s volunteers to manage. This has been good in regards to giving volunteers more ownership of the land – enabling them to develop a wild flower meadow for example.

The Garden now comprises of a woodland, wildflower meadow and large raised beds filled with herbs, vegetables and fruit which is conveniently placed alongside a footpath (popular with dog walkers and families), enabling passers by to pick food whilst exercising and getting fresh air.

Local residents are encouraged to engage with wildlife and community food growing through courses that include wildlife detection, woodland management, willow weaving, an eight shields project and printmaking with natural materials.

Students from local schools volunteer one day a year at the garden – raising pupil’s awareness of local food growing and wildlife.

The community garden has also responded to local residents interests. Some local residents come from different countries and wished to cook with ingredients from home. This has led to volunteers introducing different plants into the garden such as Chinese chives and vine leaves.

All of the garden’s ‘waste’ is composted and local residents are encouraged to leave their compost in the garden, thus helping to reduce food waste in the local area.

To learn more about the project visit: scotchquarrycommunitygarden.wordpress.com 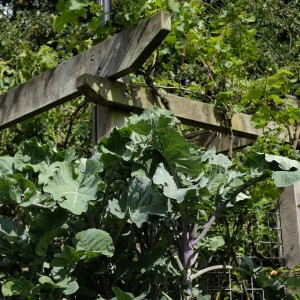