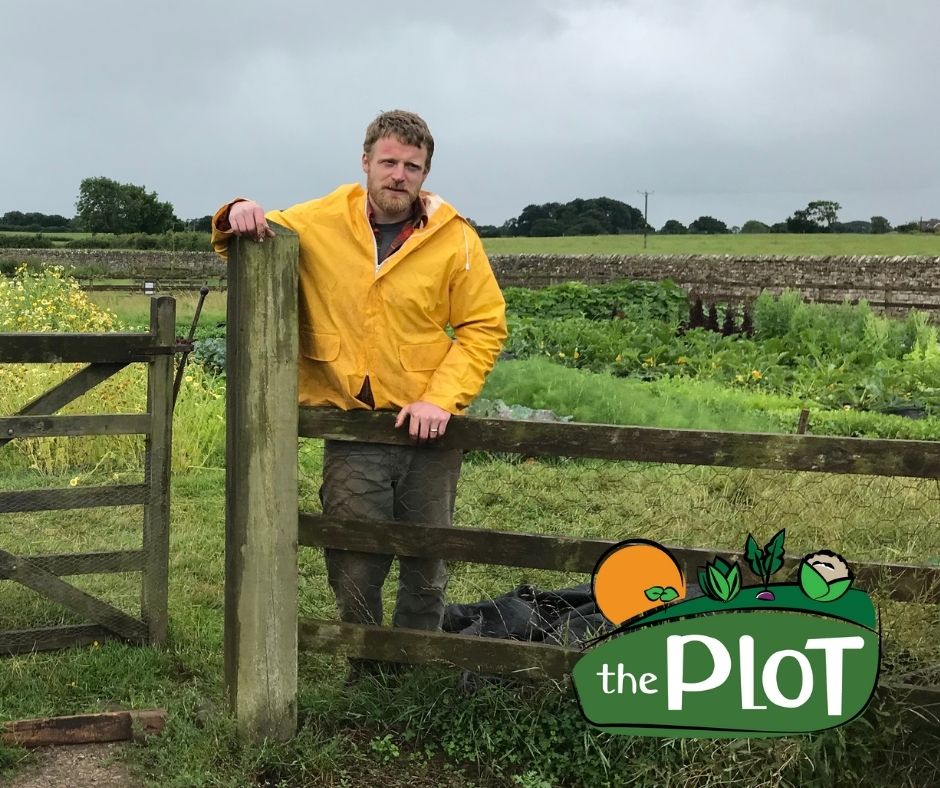 A personal account by Sam, one of our FarmStart trainees

This year at The Plot, for me, was a humbling return to something I had set aside for later. It has had a definite arc, and in November the ground certainly rushes up wetter and colder than it did as you were hovering above it in the hum of July. November was the month where we really tore down the summer’s hard won gains. Just as the cabbage whites and spider mites had hindered us a few weeks earlier, decay had taken over the cucurbits and solanaceae. Unlike the pests, for which winter’s slow down signals quiescence, for these summer-loving crops, it was an end of sorts. A few final kilos of fruit were collected and sold. Alongside them, seeds – all that will be needed to initiate next year’s bounty. The old haulms were laid together, to rot down and make food for the soil. In their place, at our in-conversion White Lund site, are more temperate crops. Like our friends the whites and mites: chard, spinach, salad leaves, spring and chinese cabbages, spring onions, and, last to the party, garlic, will sit-in through the short days. Food-friends can expect notifications about these as the days start to beat out the nights again in Spring. At Old Holly, while sunshine is in short supply, a mix of cover crops, overwintering brassicas and leeks, are being kept company by freshly emerged broad beans.

For me, after the rapid contractions in crop-variety and quantity during November, the FarmStart season ended with a defeat. The sun set on my final harvest while we were still kilos short of carrots for the Northern Real Farming Conference! Tamsin and I had corralled the leeks and the beetroot, our redoubtable late season friends, before our shift ended; but those carrots had to wait for Paula to come back with the sun on Friday morning to thaw the ground. Paula and Tamsin will keep checking-in while the days stay short, keeping preparations for next year in check. Among other things, there’s a new propagation area with a hotbox to set up at White Lund; ready for the new season, and a new crop of FarmStarters to roll in.

My envisioned outcome, coming to The Plot in March, was singular: a farm enterprise of my own. That reflected an outsider instinct and a quest for refuge from powerlessness. As we entered the Fall of the year, however, my reflection was that I would struggle to go it ‘alone’. Days in the field have been made so pleasurable this year by the company we have kept. As the year at the Plot closes, the undimmed memories will be the pleasure of easy conversation in that field at Old Holly. Thank-you Jess, Lucy, Paula, and particularly Tamsin, for making The Plot such a joyful space.