2016’s Fairtrade fortnight came to an end on the 13th March 2016, but this is by no means a reason to  stop  trying the fortnight’s challenge- to eat a fairly traded breakfast every morning. As Martin Luther  King said,  ‘before you finish eating breakfast in the morning, you’ve depended on more than half of the  world’.

Despite our huge reliance on farmers and farm workers, the important role of the farmer in feeding and sustaining society is often forgotten. And the amount we pay for our food does not often cover the cost of production, nor provide the farmer with a living wage and enough money to feed their own family.

Simply put, at both ends of the food supply chain an increasing number of people are living in food poverty.

Fairtrade certification is one way in which we, as consumers, can ensure that the money we spend on food goes on to pay a decent wage to the producer.

“When people are paid a fairer price they can have more control over their lives when times are hard, and worry less about how they will feed their families. Fairtrade means many farmers and workers are able to fulfil a basic human need – to put enough food on the table for the people they care about, all year round.”

However, Fairtrade certification currently only applies to farmers in the global south, even though the issues of poor pay and working conditions are just as relevant to the food industry in the UK. 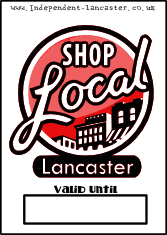 We should strive to apply the principles of fair trade locally.

For example, one simple way of ensuring your money goes straight into a farmers’ pocket is to buy direct from local farms via the farm gate, market stalls or by signing up to a local food delivery scheme. Organic certification also provides some provisions for workers’ rights.

For those of us who can afford to pay a little more, we can start to address the above issues by selecting where we spend our money; prioritising local, organic, animal friendly and fairly traded produce wherever possible.