Previous blogs have featured a number of local veg box schemes: Growing with Nature in Pilling, Growing with Grace in Clapham, and Growing Well near Kendal. As their business names imply, each aims to work with nature and minimise its environmental and social impacts. Each business also uses the ‘veg box model’ to get produce to market.

So why use a veg box scheme? And how has the veg box model changed over time? 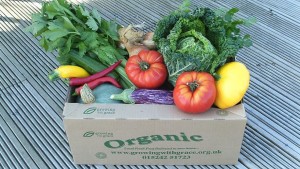 Well, in the beginning there was more to the veg box than the vegetables it contained. The veg box was  created to  enable small-scale organic growers to make a reliable income and sustainable living.  As Ruth  Strange from Ethical Consumer states, the veg box was about creating “a direct relationship between  people and where their  food comes from. It was about reducing food miles, decentralising the market, and  bringing about wider social  and economic change”.

However, it was not until two successful growers based in Dartmoor – Tim and Jane Deane of Northwood  Boxes – appeared on TV in 1991 that veg boxes became more popular and the market started to grow. Tim  and Jane demonstrated the benefits that their business created in terms of reducing food miles. They also proved that sustainable agriculture could support jobs by creating a niche market; one where customers are committed ‘members’ or supporters of a farm and its sustainability practices.

Since 1991 the veg box market has changed. It no longer represents solely organic schemes or schemes that only source local produce from local growers. It now includes national organic food-box schemes such as Riverford Organic (sells organic fruit & veg and organic/ free-range meat), and Abel and Cole (sells organic fruit & veg and some non-organic ‘higher welfare’ meat and fish). Non-organic veg box schemes are common, and new entrants such as Asda’s wonky veg box look set to change the market yet again.

Some of these models are moving away from the initial ethos of creating a decentralised and sustainable food system, and questions are also raised about whether organisation’s that bring organic food to the masses, such as Riverford Organic, have done so at the detriment to hundreds of small scale producers?

However, the three veg box schemes mentioned above (Growing with Nature, Growing with Grace and Growing Well) remain committed to the original ethos of the movement. The Lancaster Food Assembly also presents a new way of getting local food direct to you. You can find out more about each scheme by visiting LESS’s online Local Food Directory: www.lessuk.org/directory. 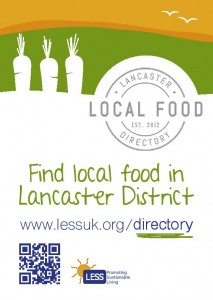