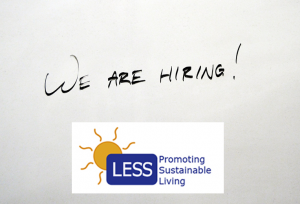 LESS has managed to raise £1000 from local supporters to contribute to the costs of researching the feasibility of a starter farm incubator scheme (FarmStart) in Lancaster District. Donations were contributed by the Unicorn Grocery in Manchester, the Landworkers’ Alliance, Caroline Jackson and Dr Tom White. Raised money will be matched with £1000 of LESS’s own money to fund the full feasibility work.

LESS is now seeking to recruit a temporary Researcher & Project Developer to conduct the FarmStart Feasibility work, so please spread the word! Application forms can be downloaded from the news pages of LESS’s website

Completed forms should be emailed to anna@lessuk.org by noon on Friday 23rd March 2018.

A  FarmStart is one model for supporting new entrants into ‘sustainable’ farming. It is essentially a form of business incubator that enables individuals to make the gradual transition from community or allotment growing to commercial food production, offering: access to land, training from experienced organic growers/ food businesses and support in accessing local markets. This support is offered over a set time scale – up to five years for example. ‘FarmStarters’ then leave the incubator with the experience required to start sustainable growing businesses; strengthening local sustainable food supply chains. In the long term this sort of scheme will hopefully lead to the strengthening of Lancaster’s sustainable local food economy and the further development of Lancaster’s seasonal markets! (The next of which is Lancaster’s Spring Market on the 30th March from 10:00 – 17:00 in Lancaster’s Market Square).

LESS will also scope potential FarmStart models by reviewing and learning from established schemes in the UK, France, Canada and the US. This will feed into a local resource mapping exercise where we identify potential land, partners and other resources locally that will enable a FarmStart to work here.

Proposals for a suitable Lancaster model will hopefully come out of the feasibility work above, and will feed into future fundraising and grant applications to get a project started in Lancaster.