Learning from the Timbaktu Collective 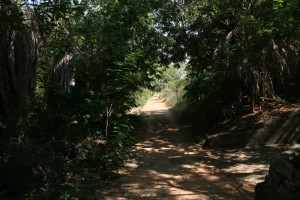 In November 2017 I visited an inspiring project based  in the drought-prone state of Andhra Pradesh,  Southern India. I came across the Timbaktu  Collective’s work during the Lush Spring Prize 2017,  when they won an award for being an ‘Established  regenerative’ project. I was amazed at how they had  approached a range of complex problems through  persistent and holistic grass-roots action. An  important reminder considering our current political climate!

The Collective has taken a holistic approach to restoring a region that was prone to drought and overgrazing by livestock – aiming to improve both the environmental and social systems operating in the area.

After 25 years of hard work, they have now turned 9,000 acres of village common land back to grassland and forest with the support of the people living and working in the area. As the land has healed, wildlife has come back to the area and new livelihoods have been created – helping to revive the local rural economy.  A women’s cooperative and farmers’ cooperatives have been established and the Timbaktu Collective has slowly worked towards addressing social justice issues in the area- including those associated with cast, class and religion. 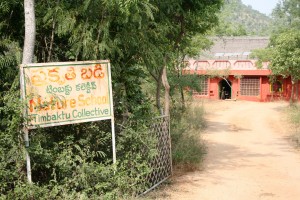 During the visit I came to understand the dedication that has made Timbaktu’s work possible.

“Behind every tree is a story. Some were collected as seeds, and started their lives in a nursery at Timbaktu, the organisation’s central base. Trees and seeds were then taken by foot on journeys of at least five kilometres. Next came pots of water balanced on people’s heads, ready to water the saplings. Babies and children were brought along, tools were carried up and down the hills, and the marginalised people living in the region dedicated themselves to regenerating the common land.” 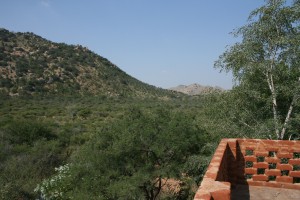 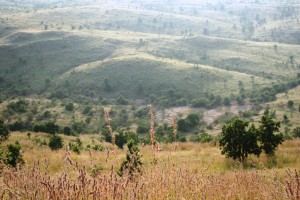 This commitment and hard work was driven by an understanding that the environment’s health is important for health of all those living on the land.

The people that initiated the Timbaktu’s work go by the name of Mary Vattamattam and Bablu. After 25 years of sustained effort, they name the following as key lessons learnt: