Lancaster’s Food Assembly: what, why, where? 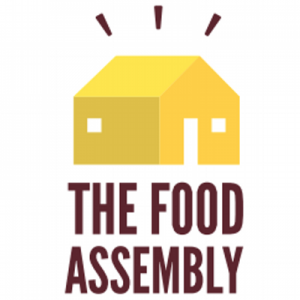 To kick off Lancaster’s Local Food Month the Lancaster Food Assembly host, Joanne Halliwell, gave a presentation at the Friend’s Meeting House. She talked about what the Food Assembly was, what it involved,  and announced the launch of Lancaster’s first Food Assembly: 5th November, 6:30-8:30pm, in the White Cross Pub. “All are welcome”.

For those of you that missed the discussion, Joanne has summarised her talk for this week’s food column. 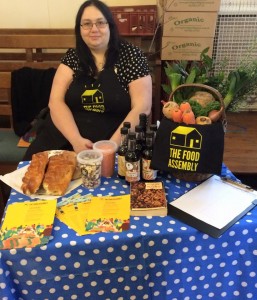 What is a Food Assembly?  “The idea  is a click and collect farmer’s  market; you  order your shopping online  each week  from various producers, then  on a  Wednesday night you pop down to  The  White Cross pub, 6:30pm – 8:30pm,  and  collect your stuff. Simple”

Where did the Food Assembly idea  start? “The Social Enterprise, The Food  Assembly,  started in France in 2010 and  has been a huge hit. There are now over  600 assemblies held in France and Belgium every week. In June this year, assemblies were launched in the UK, Germany and Spain, with a small number of assemblies live in London and one in Chester. The Food Assembly in Lancaster will be the very first in Lancashire and the furthest North in the UK so far.”

Why bother? “The Food Assembly is great if you can’t get to a farmers’ market but you love fresh and local produce. It is a great opportunity to chat to local producers and learn about the way your food is grown, prepared and sold. As your food will be sourced from up to 150 miles from Lancaster, small British businesses benefit from your weekly shop. The producer also benefits as they know exactly how much they have sold in advance- reducing food waste and keeping costs down.”

What will be sold at Lancaster’s Food Assembly? “Organic milk, cheese and meat from Clitheroe; organic veg direct from Pilling; fresh bread made in the heart of Lancaster; classic colas made with British sugar; French style patisserie; fresh Italian style pasta and gluten free pies, bread and cakes.

There will also be a few ‘exotic’ exceptions like chocolate. These must be fairly traded and from sustainable sources.”

To find out more visit the group’s Facebook page