Lancaster’s Food Assembly is now up and running

Lancaster’s Food Assembly is now up and trading. As I type, local produce is on sale onine, and every Wednesday evening from 18:30-20:30 you can find a huddle of local farmers, producers and customers in the White Cross pub. To join this small and growing community all you need to do is become a member by visiting The Food Assembly website and signing up. Alternatively you could come to the next wednesday collection and ask for more information.

Two weeks ago I went to the Food Assembly launch and taster evening. After seeing and tasting the range of delicious produce on offer, I started to wonder how our Food Assembly in Lancaster differs from the hundreds across France, Belgium and Germany?I presented this question to Kathleen at the UK ‘mother assembly’. 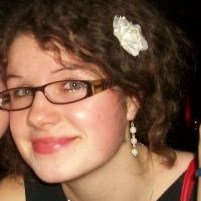 Kathleen stated: “The Food Assembly was born in  France, and is now enabling direct trade between  local producers and communities in four more  countries: Belgium, Spain, Germany and the UK.  Whilst the model remains the same in each  country (producers always receive 83.3% of the  product price), Assemblies do vary between  countries and also within countries. One of the  key ingredients to the model is flexibility – each Assembly evolves according to the conditions it grows in, much like a plant!”

“In the UK, however, it appears there is also demand for healthy, handmade and locally sourced cooked food such as quiches, fresh pasta, salads and soups. This is a key difference between farmers’ markets in France (mostly fresh food) and Britain (a mix of fresh and cooked food), which may be down to differences in approach to work-life balance, with people in France working shorter weeks on average and having more time for cooking as a result”.

“Assemblies also vary across the UK due to different venues (from a community cafe in Frome to a cooperatively owned pub in London); different neighbourhoods, and differences in the people involved in making them what they are- the Host, the Producers and the Members”.

Are you a member of Lancaster’s Food Assembly? What do you think of the scheme so far?