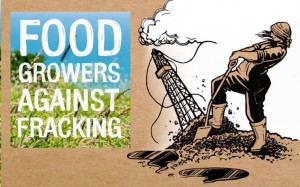 This July a whole series of demonstrations and actions are planned at the Preston New Road fracking site with the aim of supporting those resisting the first UK attempt to extract fracked gas on a commercial scale. July’s ‘rolling resistance’ also hopes to build momentum in attempts to “pull up the fracking industry before it takes root”.

A day of action is planned for the 21st July that is aimed specifically at food growers and farmers against fracking, with activities running from 8:00- 16:00. Activities are said to include a roadside sit down lunch banquet of locally produced food, a stall space to sell produce and small roving workshops on everything from propagation for Kids to a Brief History of Land Rights.

So what does fracking have to do with food growing?

According to ‘Reclaim the Power’s’ Facebook page: “the fracking industry is threatening widespread pollution while billing itself as the farmer’s friend. Much has been made of the potential reduction in the price of nitrogen fertiliser produced from fracked gas.”

“After earlier claims that fracking would bring down fuel bills were discredited, the contentious ‘benefit’ of boosting nitrogen fertiliser production is one that’s still being touted.”

“Yet the industry’s international legacy to date is the permanent contamination of fertile land and critical water supplies. Livestock are often the first to suffer the impacts of air and water pollution, and the standard response to the devastation of herds is denial rather than compensation.”

“Fracking will generate hundreds of extra lorry movements on rural roads every day and requires putting thousands of acres under concrete.”

“As a fossil fuel with a tendency towards dangerous methane leaks it would also push us into runaway climate change.”

“Lancashire county council voted against the scheme, but were overuled by Whitehall – a move that the Tory Party Manifesto is trying to formalise as standard, by deeming fracking ‘permitted development’: local councils will have no say and no warning. With over 8,300 square miles currently under licence across the UK, few farms or plots are safe.”
Showing up on the 21st July and throughout the rest of the month will really make a difference. Currently just the presence of more than 100 people at the entrance to the construction site shuts work for the day, and protests by local groups have already slowed work by several months at the site.

It’s important to resist now, as whatever happens at Preston New Road will inform whether the industrialisation of the countryside for gas extraction is rolled out or pulled back.

See here for more information about the event.